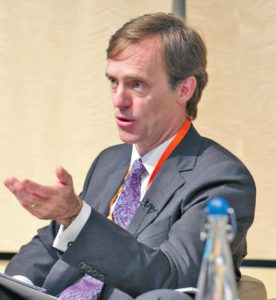 Washington, DC, US – A safety flaw in Takata Corp airbags prompted a new automobile recall even as US regulators questioned whether the company is moving quickly enough to produce replacement parts to repair previously recalled cars. Nissan Motor Co is warning that airbags in 1,848 SUVs could propel metal fragments toward occupants, according to a posting on theUS Transportation Department website on Friday. The recall, covering Nissan’s 2013 Infiniti QX56 and 2014 QX80, shows regulators and automakers are stilltrying to determine the scope of the problem with Tokyo-based Takata’s products. Takata will recall 30,867 SDIX airbag inflators manufactured from June 16, 2008, to June 20, 2014, the National Highway Traffic Safety Administration (NHTSA) said on Saturday in a statement. An incorrect outer baffle could cause the inflator to rupture, potentially inflicting serious injury on vehicle occupants, the agency said. Owners will be notified by vehicle manufacturers. The part atfaultin Friday’s recall is different than the one that had already led to 7.8mn US vehicles being called in for repairs, an effort that was stepped up in recent weeks by federal regulators because of the severity of the defect. That recall includes vehicles from ten automakers, including Nissan, Honda Motor Co and Toyota Motor Corp, and is linked to four fatalities. Unlike the earlier Takata airbag recalls, which involve vehicles from the 2000 through 2008 model years, the new Nissan recall involves recently produced SUVs. Nissan began investigating flaws with the airbags in June. TheYokohama,Japan-based automaker identified potentially defective inflators in US models in October, it said. The company hasn’t identified any injuries that resulted from the flaw. NHTSA met with Takata on October 30, pressing the company to meet consumer needs for replacement parts. Takata representatives told the safety regulator that it planned to add two production lines by the beginning of next year, according to a NHTSA statement on Friday. “It’s unclear yet whether that would be sufficient to meet demand,” according to the statement. “We’ve requested details in writing, so we can hold them to these commitments and evaluate how much furtherthey may need to go.” The company agreed to weekly meetings to update regulators on its efforts to speed up production, according to NHTSA. NHTSA is in talks with other airbag suppliers over whether they can provide replacement parts, according to the statement. Automakers involved in the recalls are also looking for new suppliers, it said. Bloomberg

Geneva, Switzerland / London, UK – Banks began setting aside money for currency-rate rigging probes thisweekwith as much as US$2.7bn provisioned, indicating settlements are drawing near. Royal Bank of Scotland Group Plc on Friday set aside £400mn for the foreign-exchange probes. HSBC Holdings Plc will set aside about the same amount when it releases third-quarter earnings on November 3, a person with knowledge of the matter said, asking not to be identified as it hasn’t been announced. Citigroup Inc took a US$600mn legal charge on October 30 as it said itis involved in “rapidly evolving regulatory inquiries and investigations.” Barclays Plc set aside £500mn the same day for resolving the foreign-exchange investigations. All four are in settlement talks with the UK Financial Conduct Authority, people with knowledge ofthe discussions have said. Authorities on three continents have been looking into allegations that traders at some of the world’s largest banks used instant-message groups to share information about their positions and client orders to rig the US$5.3tn-a-day foreign-exchange market. SomeUS authorities are also in talks, and charges against a bank could come by the end ofthe year, according to people with knowledge ofthe matter. Banks are restricted by accounting rules to setting aside reserves only where they have “reasonable line of sight” as to the likely costs, according toGary Greenwood, an analyst at Shore Capital in London. “I suspect FX provisioning levels willrequire increasing further,” he said. The FCA is also in discussions with JPMorgan Chase & Co and UBS AG, with agreements expected this month, people familiar with the negotiations have said. US bank regulators at the Federal Reserve and Office ofthe Comptroller of the Currency are also in settlement talks with some of the same banks, such as JPMorgan, Citigroup, and HSBC, as well as Morgan Stanley and Bank of America Corp. The US Commodity Futures Trading Commission is trying to settle its cases at the same time as the FCA, though it’s unclear whether the US regulator will be able to wrap them up that quickly, according to three people with knowledge of the matter. Spokesmen for HSBC and the FCA, Federal Reserve, OCC, CFTC and Department ofJustice declined to comment. The HSBC provision was reported earlier by the Financial Times. US authorities have tended to levy higher penalties even when investigating the same matters, as seen with probes into allegations of London interbank offered rate rigging. Barclays paid £59.5mn to the UK regulator to settle the probe in June 2012, whileUS$360mn wentto theUS Justice Department and CFTC. Still, as much as US$400mn of Citigroup’s provision will go to the FCAsettlement, according to a person briefed on the talks. The New York-based bank said it’s facing aUS criminal probe, and is cooperating with investigators in the US, UK and Switzerland. Bloomberg

A warm welcome to the GCMA site

In order to serve you better we have two questions: